The AGM of the BSDB had, for the second year running, a ballot to change the name of the society to include â€œstem cellsâ€™ in its name. Thus, the proposal was to change the name from â€œBritish Society of Developmental Biologyâ€ to â€œBritish Society of Developmental and Stem Cell Biologyâ€. The proposal had been flagged last year and, after a vigorous discussion, was rejected, but by a narrow margin which allowed the subject to be brought up again to the AGM this year, where it was resoundingly rejected. But read onâ€¦â€¦â€¦. 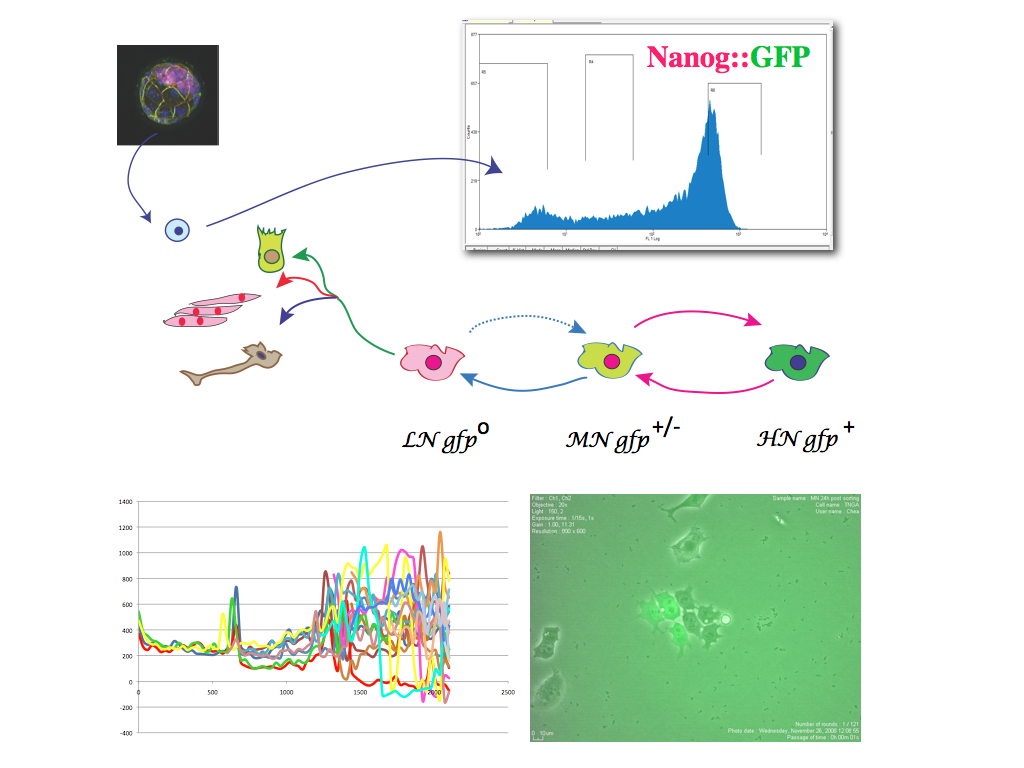 The discussion preceding the vote was heated and highlighted several misconceptions about research in stem cells which, perhaps, represent some reality.

The ones against the change argued that Stem Cell Biology is different from Developmental Biology, that it has a clinical slant which would attract a different crowd to the meeting, force different content in sessions and, overall, distract us from the main business: the workings and evolution of embryos and systems. It was suggested that such a change would alienate several established constituencies within the society that would abandon the group. More significantly, that, eventually, with another vote a few years down the line, Developmental Biology would be booted out of the title for the society to become the British Society for Stem Cell Biology.

As far as a I am concerned this was a missed opportunity. While I appreciate many of the points made by the â€˜noesâ€™ , I feel that their arguments are based on fear for a future that will always take over no matter what we do and that, in the long term, there will be consequences from not seeing this. We live in an increasingly corporate world in which lobbies are important and, in the context of our business, provide the basis for funding and policy. For the Society of Developmental Biology Society to have an explicit voice in the Stem Cell community is not just an extension of its natural remit and interests, but it is a way to bring some real science into a field that is increasingly interested in applications without having covered the bases. The foundations of Stem Cell Biology lie in Developmental Biology and it is important that developmental biologists have a say on decision making in that important field. Stem Cell Biology is not exactly, as some people claim, a new area of research (developmental biologists have been working with stem cells and their lineages for years) but it is certainly an area that recently has come of age to carve its own intellectual niche like, in many ways, Developmental Biology did in the 1970s (let us not forget that Developmental Biology is an offshoot of Embryology). It was argued that Stem Cells are born with Till and McCulloch (1964 Proc Nat Acad Sci. 51, 29â€“36). True but what they were looking at is the question of the origin of the blood, a problem in Developmental Biology whether one likes it or not. At certain places, and stem cell research is one of them, boundaries blur. Is genomics and bioinformatics genetics? Yes it is. In my book, Stem Cell Biology is part, and a very important part of Developmental Biology. 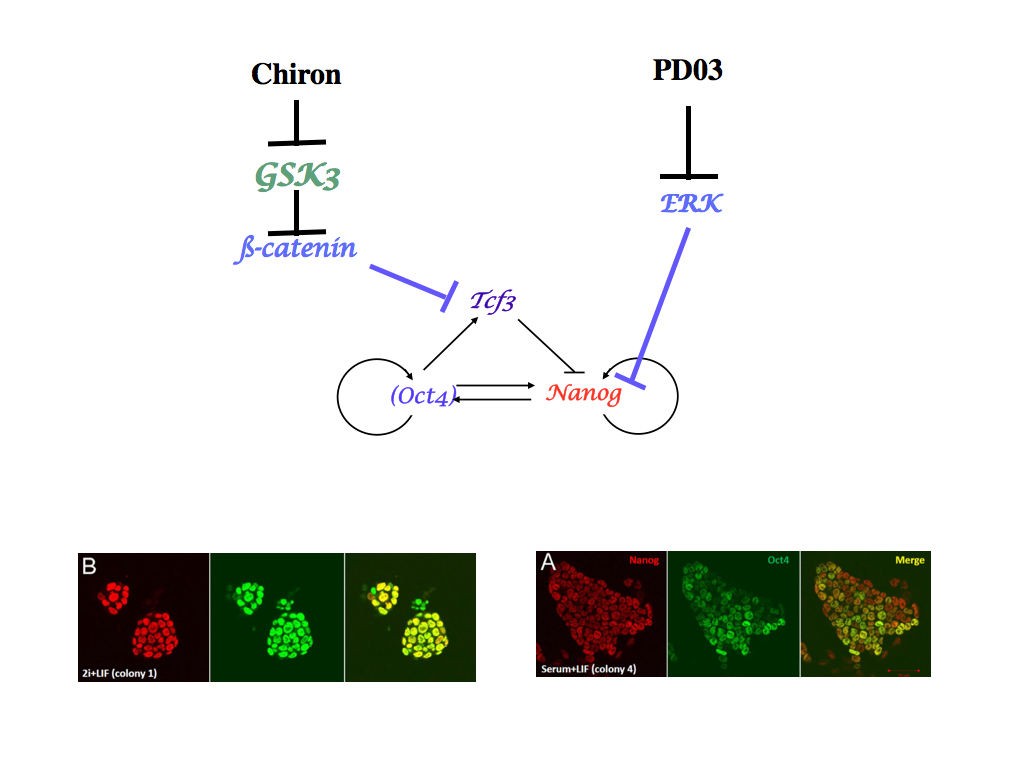 But let us move away from the heart of the question (of course the scientific content) and look, briefly, to the context of the discussion. The boundary, as I have said is blurred, and a situation can develop (and in certain places is happening) that some people, funding bodies, society, come to see Developmental Biology through the eyes of an unbridled Stem Cell Biology. After all, is it not organs out of cells that is the goal of stem cell biology? And is it not understanding these processes the goal of Developmental Biology? Then, what is the difference? The answer is simple, Stem Cell Biology wants to do, Developmental Biology wants to understand. It would be a pity not to bring them together. One can see here history trying to repeat itself: throughout the XVIII and XIX century engineers and inventors were making steam engines with little knowledge of physics, and they worked, but it is when the knowledge of thermodynamics is brought into the framework of the engineers that the engines become efficient. The same can be said of computing where, again, it is physics that makes the hardware that we have today. The fundamental science will always help the more applied side and needs it. So, much to be gained from Developmental Biology having a say in Stem Cell Biology. But there is a second more difficult question: what will be the consequences of the agenda of stem cells running that of developmental biology?

I can see a marginalization of model organisms and a biasing of the agenda towards applied science, applied in a trial and error way, rather than in the tradition of Science. I might be wrong in the extreme formulation of these concerns but I am certain that some of this will happen.

In the end, my impression was that the â€˜noesâ€™ were afraid, afraid of the future without realizing that he future will happen and that by not seeing the trends and joining them, we shall always be left to mercy of those trends, without a voice to influence them. I worry that model systems that have taught us so much about basic biology will slowly be squeezed into corners because we do not have a voice to explain that flies have stem cells, that stem cells are part of the make up of an organism which cannot be understood outside its context, that stem cells are a problem of evolutionary biology, that stem cells are a linguistic twist of lineage analysis and lineage analysis has always been a problem of developmental biology, from Roux and Driesch to Garcia Bellido with Till and McCulloch in the middle. Incorporating Stem Cell Biology in the name of the society would have been a way of having a strong voice in a trend that is rapidly gaining momentum.

We shall see what the future harbours. The BSDB is a strong society which represents a vibrant and engaging community so there is no reason why things will change rapidly. However, one thing is clear: there is a need for the voice of developmental biologists to be heard in the Stem Cell community. A mechanism needs to be found for this. It is necessary as much to have a representation to remind that community where their real roots lie and the benefits of listening to the fundamentals of their field. There is a drift which was, unfortunately, at the heart of many of the speeches for the no, that Stem Cell Biology is more clinically than basic research orientated. One can see how this can be construed but, decisions like the one we have taken will increase this gap and foster this misunderstanding. It would be good (it is always good) to take lessons from history. As the interactions between physics and engineering prove, there is much to be gained from the interactions between a field that tries to find practical solutions and one that explain the causes of the problems. Let us hope that the BSDB can find a way to influence some of the directions of Stem Cell biology. For the moment it is as if two twins have been separated; each with their own mind but with shared genetics.